The F40 is one of the most iconic supercars of all time and exceptionally important for Ferrari:
It was the last road car signed off by Enzo himself, and it signaled the beginning of the 200mph
(ca. 322 km/h) era for Ferrari. They were so excited about the F40 themselves that they ended up building 1315 of them - rather than the 400 they initially suggested. 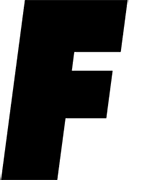